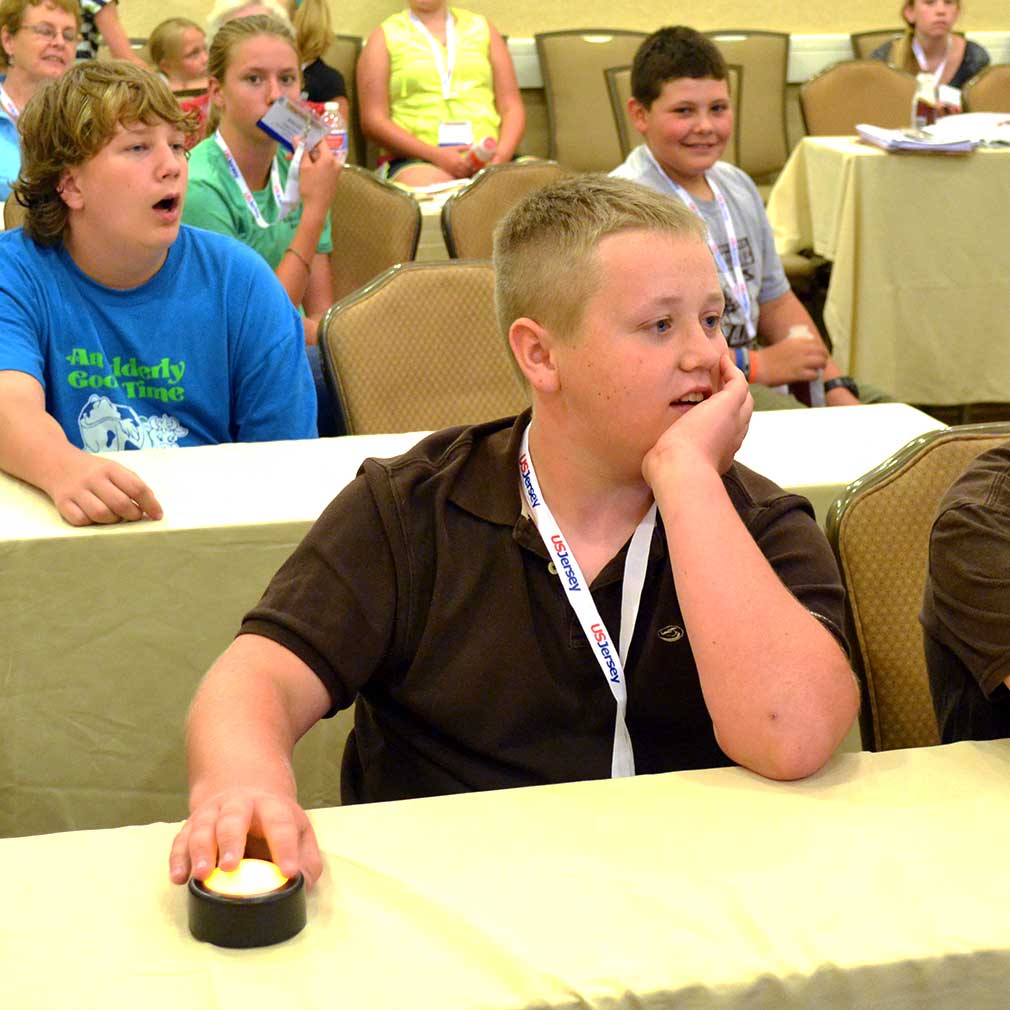 We are excited to offer a Jersey Jeopardy contest for youth. The contest is similar to the popular TV show. But, our Jeopardy is all about cows and the dairy industry. Contestants do not have to answer in the form of a question, but they do have to be recognized by the moderator by name before answering.

when you register online or use the mail-in form.

Common Bonds, Jersey Appraisal, It's Nutritious, Begins with M, Blast from the Past, Diseases and Disorders

State of the Union, First Things First, Eat Your Vitamins, Dairy Organization Acronyms, Starts with J, All in the Genes

Minerals, Out of Place, Milk Processing, Hormonally Speaking, What's Up Doc?, All About JPI

Sire summary information included in the contest will be based on April 2017 genetic evaluations (Green Book).

There will also be general dairy knowledge questions covering all aspects of the dairy industry such as nutrition, reproduction, milk quality, herd health, genetics/sire summaries, feedstuffs, etc.  Excellent background information can be found in the 2016 Virginia 4-H Dairy Quiz Bowl Materials and workbooks such as “World of Dairy Cattle Nutrition” offered by Holstein Foundation. The PDCA Unified Dairy Cow Scorecard (2009) and Showmanship Guidelines (2016) are also potential sources of questions.